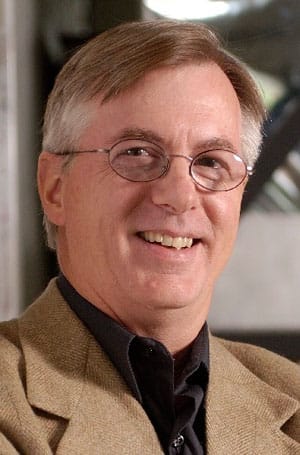 For many years Blair worked on the Far Ultraviolet Spectroscopic Explorer (FUSE) project at Johns Hopkins, where he served as head of mission planning from 1996 to 2000 and then as Chief of Observatory Operations from 2000 through the end of the mission contract in mid-2009.

Prior to FUSE, Blair worked for many years on another telescope project headquartered at Johns Hopkins. This telescope, called the Hopkins Ultraviolet Telescope, flew twice on the space shuttle (in 1990 and 1995). Blair is also a user of various instruments on the Hubble Space Telescope, the Chandra X-ray Observatory, and other space-based and ground-based facilities.

Bill's primary research interests involve objects called supernova remnants (or SNRs for short), which are the expanding gaseous nebulas left over after certain stars come to the end of their evolution and explode as supernovas. Using a combination of imaging and a technique called spectroscopy (where the light from an object is broken up into a spectrum for analysis), Bill's research strives to better understand the chemical abundances and physical processes involved in these objects as they expand outward from the point of the explosion. Bill's research uses both ground-based telescopes and a number of space-based instruments to observe at optical, ultraviolet, infrared, and X-ray wavelengths of light. He not only observes SNRs in our own Galaxy, the Milky Way, but has been instrumental in surveys of nearby galaxies for SNRs.

As an extension of his work on supernova remnants, Bill is also interested in the interstellar medium--the vast regions of not-quite empty space out there between the stars. The FUSE satellite is particularly well-suited for studies of these interstellar regions, and Bill has a number of active projects related to these studies, both in the Milky Way galaxy and in our nearest neighbors, the Magellanic Clouds.

Bill's other area of research delves into understanding the processes involved in close binary stars known as cataclysmic variable stars, or CVs for short. These systems include a normal (but very low mass) cool star in a tight orbit about a very compact companion star called a white dwarf. The stars are in such close proximity that they orbit each other in a matter of a few hours! (Recall it takes the earth a whole year to orbit the sun once!) The strong gravitational attraction of the white dwarf star is such that the white dwarf actually accretes material from its companion, emitting ultraviolet and X-ray light in the process. Bill's research uses ultraviolet spectra to better understand what happens in these unusual stellar binary systems.

While not currently a research area for Bill, he has become active in the areas of global warming, climate change, and related matters. Bill gives public talks in this area, using it as an opportunity not only to engage the public in this important discussion, but also using it as a forum for educating the public on the ways of science.