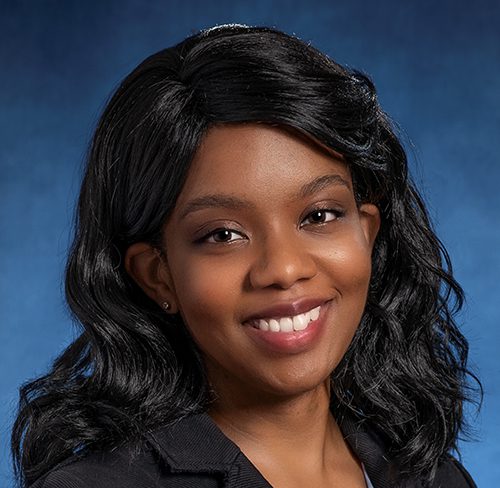 Danielle Speller is a researcher in experimental nuclear and particle astrophysics.  Her work centers on understanding the nature of matter and mass through low-energy, cryogenic searches for physics beyond the standard model. Professor Speller is a collaborator on both the Cryogenic Underground Observatory for Rare Events (CUORE) and the Haloscope at Yale Sensitive to Axion Cold dark matter (HAYSTAC), as well as related R&D projects.  Her graduate work was with the Super Cryogenic Dark Matter Search experiment (SuperCDMS).

Professor Speller was a Park Scholar at North Carolina State University in Raleigh, North Carolina, and graduated with a double-major in physics and applied mathematics.  She earned her Ph.D. from the University of California, Berkeley, and joined the Maruyama Lab at Yale University’s Wright Laboratory in 2017 as a Postdoctoral Associate.

Over 85% of the mass density of the universe is currently detectable only through gravitational interactions.  Of the remaining ~15% known as “ordinary” matter, many questions persist, including the origins of the masses of charged leptons, the origin of the matter-antimatter asymmetry, and the true nature of neutrinos as Dirac or Majorana particles.  These questions, and others, indicate that our current models, while impressive, are not complete.

Current searches for physics beyond the standard model combine advanced instrumentation and quantum sensing techniques with nuclear and particle astrophysics, to seek out answers that will ultimately give us new insight into fundamental physics and cosmology.  Our lab is particularly focused on using low-energy, cryogenic detection techniques to search for dark matter interactions and neutrinoless double-beta decay.  Ultimately, our goal is to find new physics that will help us to gain a better understanding of the nature of matter and mass.