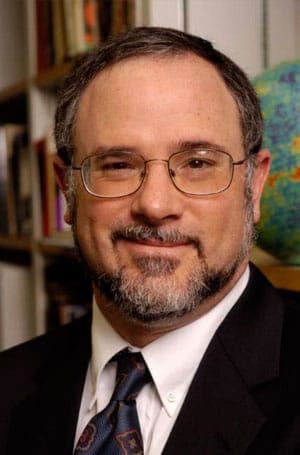 Charles L. Bennett is Bloomberg Distinguished Professor, Alumni Centennial Professor, and a Johns Hopkins University Gilman Scholar in the Department of Physics and Astronomy with a joint appointment at the Applied Physics Laboratory. His major field of research is in experimental cosmology.  In particular, he has contributed to the establishment of a standard model of cosmology, and currently engaged in testing and extending that model.

Bennett led the Wilkinson Microwave Anisotropy Probe (WMAP) mission.  WMAP was competitively selected in 1996 as a NASA Explorer mission, launched in June 2001, and its first scientific results were issued in February 2003. WMAP quantified the age, content, history, and other key properties of the universe with unprecedented accuracy and precision.  This was recognized by Science magazine as the 2003 “Breakthrough of the Year.”  The WMAP satellite ended its nine years of scientific observations in August 2010 and the full data analysis was published in 2013.

Previous to his work in WMAP, Bennett was the deputy P.I. of the Differential Microwave Radiometers (DMR) instrument and a member of the Science Team of the Cosmic Background Explorer (COBE) mission.  The scientific results from this work included the first detection of variations across the sky of the temperature of the cosmic microwave background radiation.  Currently, Bennett is working on a ground-based microwave telescope
called the Cosmology Large Angular Scale Surveyor (CLASS) to make critical measurements of the history of the universe, including its first moments. He is also a member of the Euclid space mission consortium and the Subaru Prime Focus Spectrograph (PFS), aimed at measuring the properties of the dark universe:  dark matter and dark energy.

Bennett has received several awards and honors, including the 2015 Caterina Tomassoni and Felice Pietro Chisesi Prize, the 2012 Gruber Cosmology Prize, the 2010 Shaw Prize in Astronomy, the 2009 Comstock Prize in Physics, the 2006 Harvey Prize, and the 2005 Henry Draper Medal.  He twice received the NASA Exceptional Scientific Achievement Medal, once for COBE and once for WMAP.  He also received the NASA Outstanding Leadership Medal for WMAP.

Bennett received his PhD in Physics from MIT in 1984 and his BS degree in Physics and Astronomy, cum laude with High Honors in Astronomy, from the University of Maryland, College Park in 1978.  He was also a summer trainee Fellow of the Carnegie Institution of Washington, Department of Terrestrial Magnetism from 1976 to 1978.  He joined the scientific staff of the NASA Goddard Space Flight Center in 1984 and later became the Infrared Astrophysics Branch Head, and then a Senior Scientist for Experimental Cosmology and a Goddard Senior Fellow.  Bennett became a professor at the Homewood campus of the Johns Hopkins University in January 2005.  Bennett is a member of the National Academy of Sciences, a Fellow of the American Association for the Advancement of Science (AAAS), a member of the American Academy of Arts and Sciences, and a Fellow of the American Physical Society (APS).