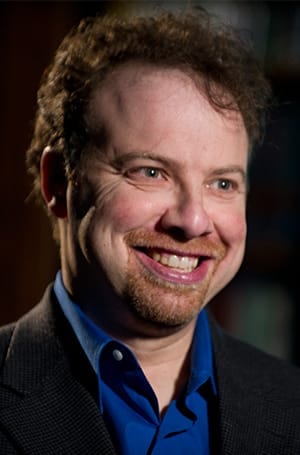 Adam Riess is a Bloomberg Distinguished Professor, the Thomas J. Barber Professor in Space Studies at the Krieger School of Arts and Sciences, a distinguished astronomer at the Space Telescope Science Institute and a member of the National Academy of Sciences.

He received his bachelor’s degree in physics from the Massachusetts Institute of Technology in 1992 and his  PhD from Harvard University in 1996. His research involves measurements of the cosmological framework with supernovae (exploding stars) and Cepheids (pulsating stars).  Currently, he leads the SHOES Team in efforts to improve the measurement of the Hubble Constant and the HIgher-z Team to find and measure the most distant type Ia supernovae known to probe the origin of cosmic acceleration.

In 2011, he was named a co-winner of the Nobel Prize in Physics and was awarded the Albert Einstein Medal for his leadership in the High-z Supernova Search Team’s discovery that the expansion rate of the universe is accelerating, a phenomenon widely attributed to a mysterious, unexplained "dark energy" filling the universe. The discovery was named by Science magazine in 1998 as "the Breakthrough Discovery of the Year."

His accomplishments have been recognized with a number of other awards, including a MacArthur Fellowship in 2008, the Gruber Foundation Cosmology Prize in 2007 (shared), and the Shaw Prize in Astronomy in 2006.

Pan-STARRS
Pan-STARRS—the Panoramic Survey Telescope & Rapid Response System—is an innovative design for a wide-field imaging facility being developed at the University of Hawaii's Institute for Astronomy.

By combining relatively small mirrors with very large digital cameras we will be able to develop and deploy an economical observing system that will be able to observe the entire available sky several times each month.

The immediate goal of Pan-STARRS is to discover and characterize Earth-approaching objects, both asteroids & comets, which might pose a danger to our planet.

The huge volume of images produced by this system will provide valuable data for many other kinds of scientific programs. Click here for more Information.

A unique facet of Pan-STARRS is its ability to discover transient phenomena in the Universe, including approximately 10,000 new supernovae.

SHOES-Supernovae, HO, for the Equation of State of Dark energy
The present uncertainty in the value of the Hubble constant (resulting in an uncertainty in ΩM) and the paucity of Type Ia supernovae at redshifts exceeding 1 are now the leading obstacles to determining the nature of dark energy. We propose a single, integrated set of observations for Cycle 15 that will provide a 40% improvement in constraints on dark energy. This program will observe known Cepheids in six reliable hosts of Type Ia supernovae with NICMOS, reducing the uncertainty in H_0 by a factor of two because of the smaller dispersion along the instability strip, the diminished extinction, and the weaker metallicity dependence in the infrared. In parallel with ACS, at the same time the NICMOS observations are underway, we will discover and follow a sample of Type Ia supernovae at z > 1.

Together, these measurements, along with prior constraints from WMAP, will provide a great improvement in HST's ability to distinguish between a static, cosmological constant and dynamical dark energy. The Hubble Space Telescope is the only instrument in the world that can make these IR measurements of Cepheids beyond the Local Group, and it is the only telescope in the world that can be used to find and follow supernovae at z > 1. Our program exploits both of these unique capabilities of HST to learn more about one of the greatest mysteries in science.

PANS-Probing Acceleration Now with Supernovae
Type Ia supernovae (SNe Ia) provide the most direct evidence for an accelerating Universe, a result widely attributed to dark energy. Our on-going space-based survey (now called PANS) uses the Hubble Space Telescope to conduct a powerful and straightforward test of the new cosmological model. Observations of SNe Ia at z > 1 are expected to show evidence for a past epoch of cosmic deceleration, a clear signature of a mixed dark-matter and dark-energy Universe.

This survey also provides measurements of the evolution in supernova rates. This allows for alternative measures of the star formation rate history, and give insight on the plausible models for SN Ia progenitor models.

Understanding dark energy may be the biggest current challenge to cosmology and particle physics. To understand the nature of dark energy, we seek to measure its two most fundamental properties: its evolution (i.e., dw/dz), and its recent equation of state (i.e., w(z=0)). SNe Ia at z>1, beyond the reach of the ground but squarely within the reach of HST with ACS, are crucial to break the degeneracy in the measurements of these two basic aspects of dark energy. Here we propose double the precision of dark energy constraints. Should the current best fit model prove to be the correct one, the precision expected from the current proposal will suffice to rule out a cosmological constant at the 99% confidence level. Whatever the result, these objects will provide the basis with which to extend our empirical knowledge of this newly discovered and dominant component of the Universe, and will remain one of the most significant legacies of HST. In addition, our survey and follow-up data will greatly enhance the value of the archival data within the target Treasury fields for galaxy studies.