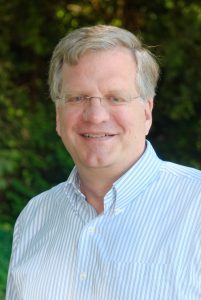 I have the pleasure to announce that theoretical physicist Jonathan Bagger has been selected to succeed Kate Kirby as APS CEO in 2021. Bagger is Director of TRIUMF, Canada’s particle accelerator center in Vancouver, British Columbia. The APS Board of Directors unanimously approved his appointment at a June virtual meeting. From Philip H. Bucksbaum, American Physical Society (APS) President:

The Board acted on the recommendation of the CEO Search Committee, chaired by 2020 APS Past President David Gross. Bagger’s extensive experience in scientific management and his deep commitment to APS and its critical mission will serve the Society well in these tumultuous times.

Bagger has directed TRIUMF since July 2014. He was previously Krieger-Eisenhower Professor in the Department of Physics and Astronomy at Johns Hopkins University, where he served as chair of the department and held several senior administrative positions.

Bagger has a long history of service to APS. Most recently, he chaired the APS Task Force on Expanding International Engagement. He was elected a Fellow of APS in 1997 for his contributions to the theory and phenomenology of supersymmetry, supergravity, and supercolliders. He served on the editorial boards of Physical Review Letters (1990-1993) and Physical Review D (1998-2007), the chair line of the APS Division of Particles and Fields (2001-2004), the APS Council (2001-2004), and the APS Executive Board (2003-2004).

I would like to take this opportunity to thank the CEO Search Committee for their work on behalf of the Society and to recognize Kate Kirby, who will retire as CEO at the end of this year, for her dedicated service to APS over the last eleven and a half years.

Please join me in congratulating Dr. Bagger on his appointment and in wishing him success in his new role.