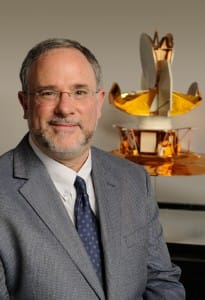 Thomson Reuters’ Science Watch announced on April 11 that all three of the most highly cited scientific papers in the world published in 2011 were from an astrophysics space mission project led by Johns Hopkins Professor Chuck Bennett. The three astrophysics papers report results from the Wilkinson Microwave Anisotropy (WMAP) space mission. The papers cite results from […]

Mark Robbins, a theoretical physicist and professor in the Henry A. Rowland Department of Physics and Astronomy at the Krieger School of Arts and Sciences at The Johns Hopkins University has been awarded a Simons Fellowship in Physics, which provides scholars with the opportunity to spend a year away from classroom and administrative duties in order […]