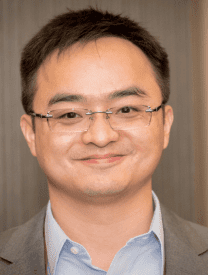 Liang Wu, who earned his Ph. D. in the department in 2015 (supervised by Peter Armitage), received the McMillan Prize “for novel terahertz and optical spectroscopy experiments on topological insulators and semimetals.”

The McMillan Prize is an annual award given by the Department of Physics at the University of Illinois to an outstanding young researcher in condensed matter physics in memory of former professor William L. McMillan. Its the most prestigious award for young researchers in condensed matter physics. Liang received this prize for work he did—in part—in Peter Armitage’s lab at JHU.

Former winners of this award include our own Peter Armitage and Tyrel McQueen.