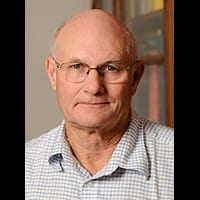 Holland Ford is an astronomer and professor in the Henry A. Rowland Department of Physics and Astronomy at the Johns Hopkins University. He has received NASA’s Distinguished Public Service Medal for his outstanding contributions to the Hubble Space Telescope.

The Distinguished Public Service Medal is NASA’s highest form of recognition, awarded to someone who has made a profound impact on the success of a NASA mission. The medal is one of several Agency Honor Awards given annually in a ceremony at NASA Headquarters in Washington and at each NASA center.

Ford is the principal investigator for the Hubble telescope’s Advanced Camera for Surveys. He assumed a lead role in organizing the Hubble panel that developed the Corrective Optics Space Telescope Axial Replacement (COSTAR), a solution for improving Hubble’s performance. Ford was a co-investigator on the Faint Object Spectrograph (FOS), one of Hubble’s first-generation instruments. In addition to developing astronomical instrumentation, his research interests are stellar dynamics, stellar populations, and active galactic nuclei.