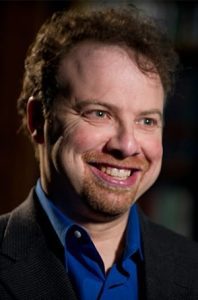 Congratulations to our own Adam Riess, awarded the 2011 Nobel Prize in Physics by the Royal Swedish Academy of Sciences!

Adam Riess, the Krieger-Eisenhower Professor in Physics and Astronomy and a Gilman Scholar at The Johns Hopkins University, and a scientist at the Space Telescope Science Institute, today was awarded the 2011 Nobel Prize in Physics by the Royal Swedish Academy of Sciences. The academy recognized him for leadership in the High-z Team’s 1998 discovery that the expansion rate of the universe is accelerating, a phenomenon widely attributed to a mysterious, unexplained “dark energy” filling the universe. Read the full press release